Miami retail is healthy, thanks to its increasingly urban landscape 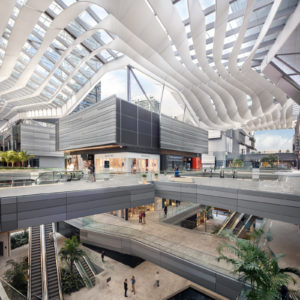 Miami’s commercial real estate market is exceedingly healthy across all asset classes and — despite what some headlines will tell you — retail is no exception. Market fundamentals and demand balance point to continued growth, with limited downside in sight.

Miami is a unique market in that it is a major national metropolitan statistical area (MSA) that benefits from year-round tourism while also possessing a substantial “shadow population,” both domestic and international, which contributes significantly to the local economy. At the national level, discount, convenience and service-oriented retailers are among the strongest; in Miami, retailers across the board are performing well, from Dollar Tree to Tiffany & Co. 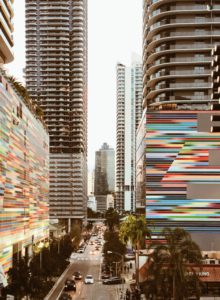 As Miami grows, the region is facing new challenges related primarily to transportation, a lack of available land for new retail development and the changing demography of the area. In the next five years, 136,000 new residents will move to Miami-Dade County, and that figure only accounts for permanent residents. With the projected population increases, the need for additional infrastructure improvements to accommodate growth will impact the retail environment. For Miami-Dade to support current and future population needs, the city’s retail landscape and the way people navigate access to it will change. 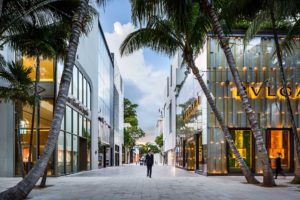 To combat transportation challenges, consumers will make a lifestyle choice to live closer to where they work. We can expect an emergence of self-contained nodes, or micro-markets, that contain a critical mass of office, housing and retail space. These “villages” will give the consumer the ability to live, work, recreate and shop all within all within immediate proximity and without spending hours a day in the car. Many neighborhoods are already headed in this direction: Brickell, Downtown, Wynwood, Aventura, Merrick Park and South Miami. 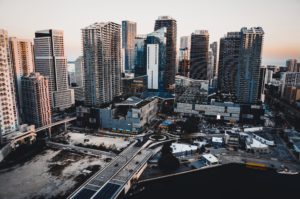 Retailers are evolving to meet this new model of “hyperlocalism” by opening more locations that are smaller than traditional stores in order to serve a higher number of densely populated areas. This model also supports Miami’s diminishing availability of developable land, as most existing neighborhoods are already built-up and cannot support typical suburban retail construction. Almost all of the new retail premises developed in Miami are being delivered as part of mixed-use projects, which may have ground-floor retail with office, multifamily or hospitality above.

While many large metros across the country are seeing store closures, Miami continues to see net positive openings. Historically, retailers have found that as they build out their footprint in Miami, they end up with more units than originally projected. While this is certainly true among smaller-size operators, we continue to see this among “big-box” retailers as well.

In summary, Miami’s retail environment remains extremely vibrant and healthy. Increased density and verticality will continue to drive new unit opportunities for retailers as the consumer chooses to live a more urban lifestyle.

MIAMI RETAIL AT A GLANCE

Welcome Back
Not registered yet? Register now
or

You can see your saved properties
under your account

Your changes have been saved successfully

Please provide your contact information and one of our real estate professionals will be in touch.
CALL US (786) 233-6931

Email to a friend

Recomend this to a friend, just enter their email below

Let’s us know the best time for showing.

Information has been updated!

Your email was sent succesfully

Your search has been saved successfuly.